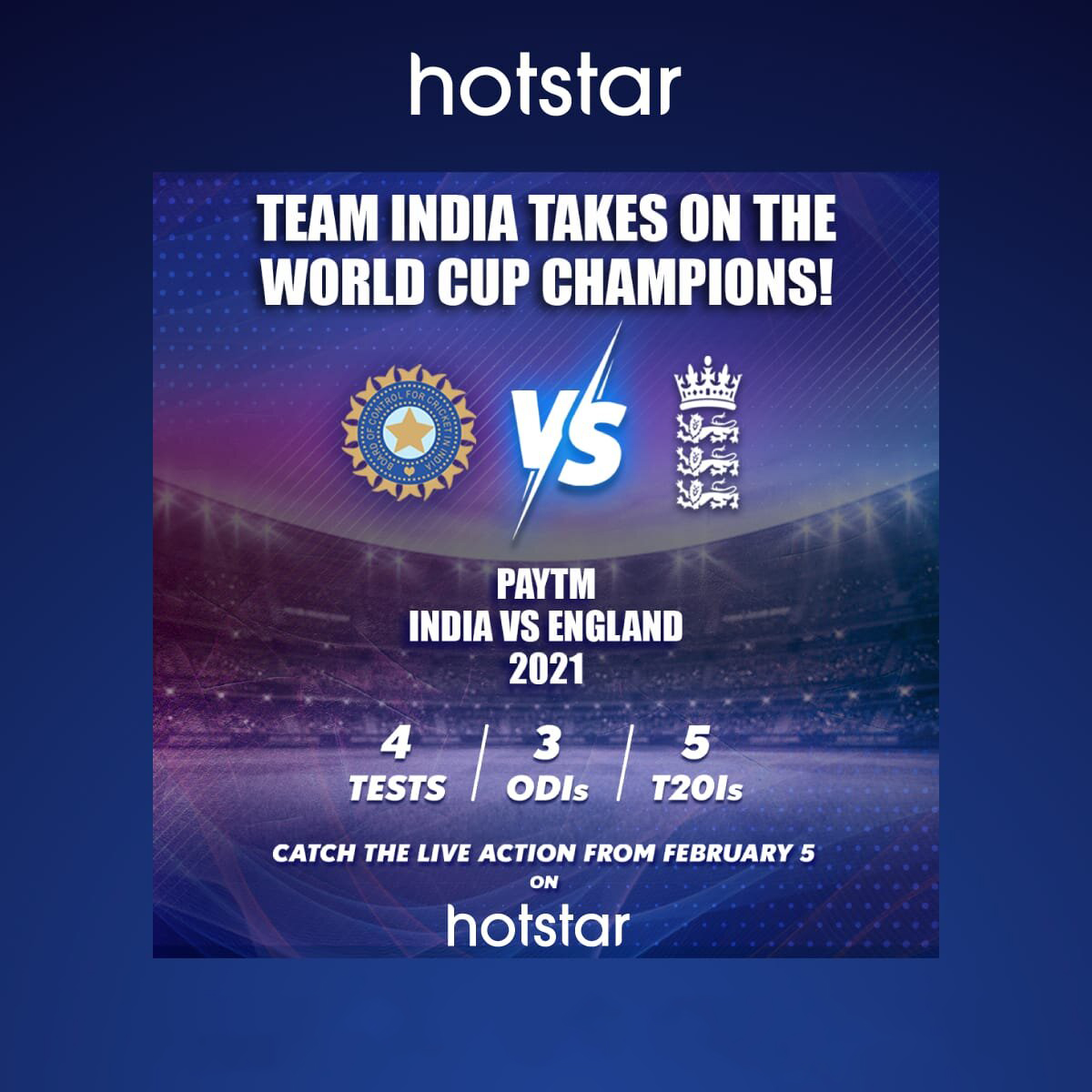 After giving tough competition to team Australia, men in blue are all set to battle against England. England tour of India is all set to start from 5th February at 7:30 PM PST onwards on Hotstar USA. India will host England in four test matches, five T20 matches, and three ODIs. You can stream the entire series on Hostar USA.

Key Factors about England vs India:

#IndiaTaiyarHai to welcome England! How excited are you for this Humdinger? #INDvENG

Subscribe to Hotstar USA to watch the entire India VS England series. Use coupon code STAR2021 to get exciting offers with your annual subscription.