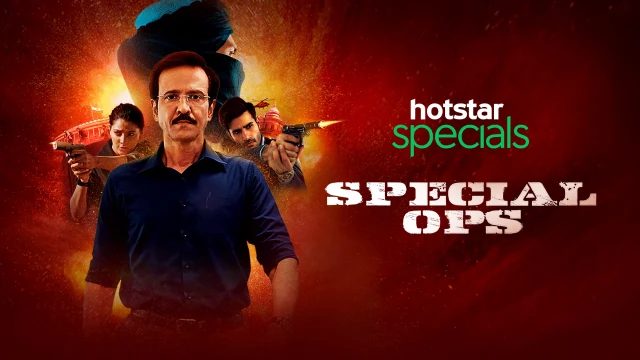 Special Ops is an Indian action espionage thriller web series that premiered on Hotstar on the 17th of March 2020 in seven Indian languages. The web series has only a single season as of now consisting of eight episodes in it. The high rated web series having 8.5 out of 10 IMDb rating is directed by Neeraj Pandey along with Shivam Nair under the label Hotstar Specials (Hotstar US) starring Kay Kay Menon as Himmat Singh along with other eminent actors such as Kali Prasad Mukherjee as Mr. D.K. Bannerjee and Pawan Chopra as Chintan.

This Special Ops Desi web series revolves around Himmat Singh of Research and Analysis Wing (R.A.W) who finds similar patterns in the attacks and is convinced that a single person is a mastermind behind all the terrorist attacks. His task force squad consisting of five people from various parts of the world tries to catch the mastermind who is involved in all these gruesome attacks. The Special Ops web series takes you on a rollercoaster of events as they race against the time to end a nineteen-year long manhunt in history. The story is based on the spying missions undertaken by India in the last two decades.

Gradually, and rather tediously, each strategically placed “asset” is introduced, in particular, Himmat’s Dubai-based protege Farooq (Karan Tacker), who is hot on the heels of public enemy number one. The others are Ruhani (Meher Vij), Juhi (Saiyami Kher), Bala (Vipul Gupta), and Avinash (Muzzamil Ibrahim) – all clearly dispensable as their recruitment, training, and skills are barely etched out

Not just Indian Web Series, You will also get Exclusive Bollywood movies and live TV channels such as Star Plus, Star Bharat, life OK, Star Sports, etc. Click here to subscribe to Hotstar US.